As Russian bombs threaten to destroy historic museums, libraries, and religious buildings across Ukraine, a global network of volunteers has mobilized to preserve Ukrainian cultural heritage online. Using digital tools, they have saved data from more than 2,200 cultural websites and other sources on servers outside the country, providing a critical backup plan in case of loss or damage during the war.

That information is at risk just like physical artifacts and monuments, says Anna Kijas, AG05, the head of Lilly Music Library at Tufts. 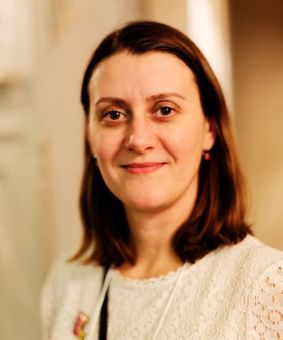 “It is terrifying seeing what regimes can do when they take over a country and destroy their cultural heritage,” says Anna Kijas, the head of Lilly Music Library at Tufts. “That’s what’s driving me.” Photo: Courtesy of Anna Kijas
The infrastructure maintaining Ukrainian cultural archives online “is very precarious and not necessarily backed up,” she says. “There are wires, there are servers, there are physical pieces of equipment that need to run in order to keep that data and maintain access.”

The effort started in late February, just days after Russia invaded Ukraine, when Kijas mused on Twitter about launching a project to save digitized music collections, her area of expertise. The project soon attracted more than 1,000 volunteers from around the world—librarians, archivists, researchers, and programmers, some of them fluent in Ukrainian—and is now co-organized by Kijas, Quinn Dombrowski of Stanford University, and Sebastian Majstorovic of the Austrian Center for Digital Humanities and Cultural Heritage.

The group is crawling websites, digital exhibits, and open access publications of Ukrainian cultural institutions with automated computer programs that search sites and collect data. The group also manually archives pages and files. Volunteers have added more than 10 terabytes of data to servers outside the country and saved almost 15,000 files to the Internet Archive,  where it has a collection. (One terabyte is equal to 1,000 gigabytes, or about the amount of data that could be stored on 16 iPhones.)

An image from the digital archive of the Treasury of the National Museum of History of Ukraine in Kyiv shows jewelry from ancient cities of the Northern Black Sea coast. Photo: Courtesy of SUCHO
They have preserved images of art and architecture, PDFs of journal articles, and 3D tours of museum collections. Among the thousands of websites they have archived are the Jewish Galician Records in the Ukrainian State Archives, a site devoted to the poetry of 19th century Ukrainian writer and artist Taras Shevchenko, and archived documents related to the Holodomor famine of the 1930s.

The group, which calls itself Saving Ukrainian Cultural Heritage Online (SUCHO), hopes that the backup files will never be needed, but the ongoing bombardment of Ukrainian cities raises the chances that servers may be destroyed or disconnected and information lost, Kijas says. That point was underscored soon after the volunteers had preserved the contents of the website of the State Archives of Kharkiv, including scans of rare books. Hours later, the site went down, she says, and it has been unstable since.

Preserving Ukraine’s cultural heritage is particularly important to Kijas because Russian President Vladimir Putin has challenged Ukrainians’ identity, claiming that Russians and Ukrainians are one people and that Ukraine is not a real state. 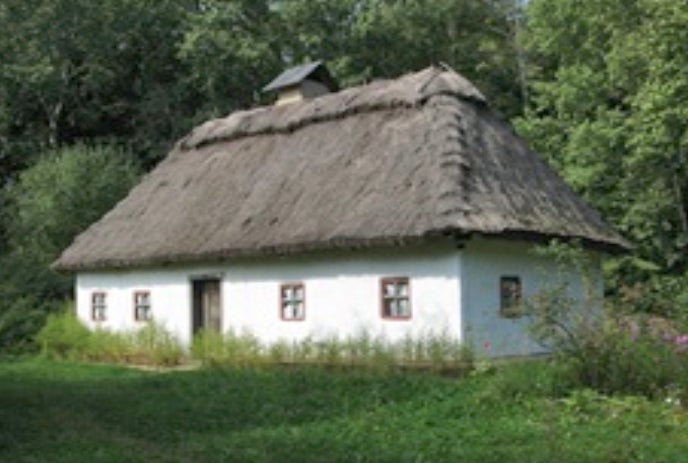 This detail from the digital archive depicts a house typical of a regional architectural style in Ukraine. The image is from the collection of the National Museum of Folk Architecture and Life of Ukraine. Photo: Courtesy of SUCHO
Kijas was born in Poland, which borders Ukraine to the west, and immigrated to the United States as a child. Her grandparents lived through Nazi occupation during World War II and subsequent Soviet control of the region. “It is terrifying seeing what regimes can do when they take over a country and destroy their cultural heritage and try to take their identity,” she says. “That’s what’s driving me.”

Kijas emphasizes that SUCHO is not trying to absorb collections into other institutions. Rather, it aims “to help keep this data safe and then if needed, we give it back and they can just have it and put it back online.” 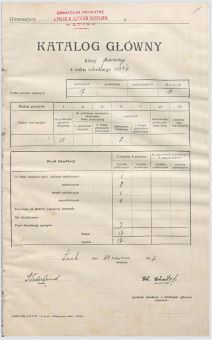 The digital archive includes this image of a school record for a first-grade class at the Lutsk Jewish Gymnasium in the 1926-1927 school year. The record is from the State Archives of the Volyn Region in Ukraine. Photo: Courtesy of SUCHO
After about a month of scouring the web for cultural sites to archive, SUCHO volunteers have covered major libraries and museums, but continue to find and preserve smaller collections. They have also started hearing from cultural organizations and researchers within Ukraine seeking secure storage for their files and have been able to assist with that in partnership with universities in the United States and Canada.

Other similar groups are focused on preserving other types of digital information, such as government and news sites.

Looking ahead, Kijas says rapid-response preservation efforts like SUCHO would be less necessary in times of natural disaster or war if cultural institutions had more support before a crisis hits. She and others are considering how institutions with more resources might partner with those without the funding or infrastructure to back up their online collections.

As the War in Ukraine Continues, Questions About How It Ends

Tufts Libraries: One Book at a Time